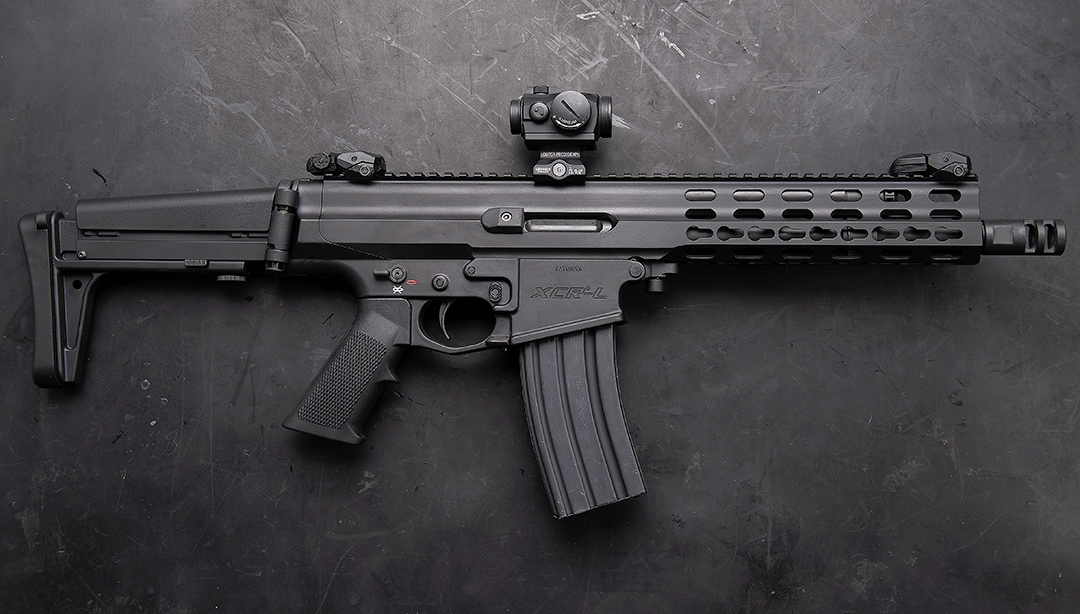 The XCR was designed years before the SIG MCX which appears to be only a slight improvement (if any) over the AR15/M16 from which it heavily borrowed.  The XCR was completely designed from scratch to be better; and it is.  Here’s how.

The XCR’s manual controls are more ergonomic and intuitive.   The XCR has a charging handle that does not reciprocate and is located well away from the top rail so the operator’s hands don’t hit optics and other accessories attached thereto.   The SIG has an AR15/M16 style charging handle that forces the operator to take his eyes off the target to hand cycle the firearm.  The XCR also has a more intuitively placed bolt catch.

The XCR has a better upper receiver.  The XCR has a receiver made from one piece of aluminum.   This one-piece upper receiver ensures that the barrel and the rail systems are always completely and perfectly aligned.  It also has a patented quick-change barrel system that allows the barrel to be quickly changed without removing the handguard rail system.   To remove the barrel of the SIG MCX, the hand guard containing the rail system with accessories must first be removed and then two bolts must be removed.   When removing the handguard, accessories attached to the handguard may have to be recalibrated.  The barrel of the XCR can be removed and replaced in under 3 minutes.  Furthermore, the XCR’s barrel mounting system ensures the barrel is installed exactly where it was before it was removed for no loss of zero!

The XCR has a better buttstock.  All the XCR’s structural components are made from metal, including the buttstock.  It not only folds but is adjustable for length and height.  The height can be adjusted via the cheek rest, and by bolting the stock to the hinge at different heights.   The SIG MCX stock does not have nearly the adjustability.

The XCR is made in the US by a private company owned by US citizens.   The XCR was designed and built with no government assistance by a truly patriotic company.  If you want to support local innovation instead of making foreign conglomerates wealthy, choose the XCR.